“They were continually devoting themselves to the apostles’ teaching and to fellowship, to the breaking of bread and to prayer.”

1: to commit by a solemn act

2: to give over or direct (time, money, effort, etc.) to a cause, enterprise, or activity

I think Acts 2:42 is a great place to start our “Foundational Fundamentals” series. Foundations form the beginning of a structure and Acts 2:42 is a powerful verse about the beginning of the church. Jesus promised the apostles that “they would receive power when the Holy Spirit has come upon you; and you shall be my witnesses both in Jerusalem, and in all Judea and Samaria, and even to the remotest part of the earth.” This occurs in Acts 2 and Peter delivers the lead message to the Jews gathered on the day of Pentecost.

Peter preaches an epic sermon where he cites the Old Testament prophecies about Jesus and proclaims His resurrection from the dead and ascension to the throne. He comes to a stirring climax with verse 36: “Therefore let all the house of Israel know for certain that God has made Him both Lord and Christ—this Jesus whom you crucified.” The spiritually interested Jews were convicted and responded with ““Brethren, what shall we do?” (By the way, I just noticed a literal on “brethren” could be “men brothers”. Why don’t people talk like that today? Maybe I’ll begin assembly like that one morning, “Good morning, men, brothers!” Maybe not.)

Peter gives them their next steps. If they want to be reconciled to God they need to repent and be immersed in the name of Jesus for the forgiveness of sins and they will receive the gift of the Holy Spirit. Three thousand of them did just that and they were added to the church. That leads us to Acts 2:42.

“They were continually devoting themselves to the apostles’ teaching and to fellowship, to the breaking of bread and to prayer.”

Devote means to commit by a solemn act or to give over to a cause, enterprise, or activity.

That phrase “they devoted themselves” strikes me. The first century Christians are great examples of repentance. Talk about a worldview change! Their paradigm shifted from those who killed Jesus to those who were proclaiming His resurrection and Deity! So, they were going to devote themselves, but they needed foundational material. Generally, they would have been very knowledgeable about the law and the prophets, but they needed to absorb what means that Jesus is LORD and Messiah.

They were committed to finding out.

I started the last blog commenting about how incredible it is to live in the “Time of Google Maps”. I’m considering starting to differentiate eras that way. Forget 2004, I know that year better as the “Proliferation of the Garmin.” By the way, totally irrelevant, but I read this week that no one has accurately sent a text message about a Bengals playoff win. The last Bengals playoff win was in 1991. The first text message was sent in 1992. #themoreyouknow. Sorry, Bengals fans. 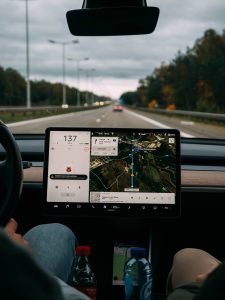 The screen was not this nice in 2004, but you get the idea

Anyway, back on track, living in this time is mind blowing because if you are exceptional at something, you can support yourself from it via the internet. I spend too much time watching chess videos, to help my sad chess game, and teachers who would have to grind out a living one student at a time, now can reach millions via video streaming. Some people provide important content while others make money by posting silly cat videos. (Yes, they get paid for that.)

Some people are really dedicated. I learned of someone recently who made their living from going through extreme mental, emotional, and physical challenges by being immersed in the environment. If that meant Marine boot camp, then she was in Marine boot camp. If that meant 5 weeks of intensive chess training, bring it on. All for content, all to make a buck and to test her own limits.

Sports is another realm where it is easy to see dedication. Someone like Tom Brady is renowned for his ceaseless effort. His entire life revolves around increasing or maintaining his performance on a football field. Certainly, it’s easy to respect the single-mindedness to do what it takes. It is clearly the most important thing to him. 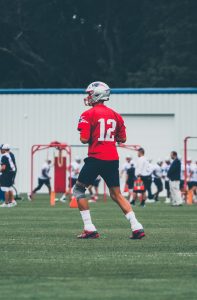 Any excuse to work Tom Brady into my post will work

I could cite many other examples of artists, musicians, businessmen, leaders of all sorts, whose tireless work bore tremendous fruit.

Which leads me to a question. What are you dedicated to? One of the reasons that the first century church succeeded was because of their dedication to the kingdom of God. They took to heart Colossians 3:4, “When Christ, who is our life, is revealed, then you also will be revealed with Him in glory.” We want to emulate their turning the world upside down and that takes purpose and intent.

Sometimes we fantasize about the early church. Sometimes we think that they were this super spiritual people who incessantly sang praises, prayed, and fasted. They did do those things and they were continually submitted to God. The reality is I’m sure they had little kids running around their assemblies, immature Christians, and all sorts of things that we deal with today.  And really, when is the last time you had someone sleeping so hard they fell out of a window and died in your assembly? The early church had families, responsibilities, jobs and even hobbies. But those who were successful, Christ was their life. They were dedicated to the apostles’ teaching, fellowship, the breaking of bread and prayer.

It’s been well-said that the mind cannot be empty, it is going to be filled with something. The brand new first century church had a lot of reprogramming to do. The Jews turned from a system of Law to a system of the Law of Liberty. The early Gentile Christians turned to God from idols, they had plenty of reprogramming to do. They needed to fill their mind with the new way! The way that truly brought life as their Savior and Lord is alive. Christians in the twenty-first century have plenty of reprogramming to do. It’s going to take true dedication to the apostles’ doctrine, to fellowship, to the breaking of bread and to prayer.

“Blessed are those who hunger and thirst for righteousness, for they shall be satisfied.”